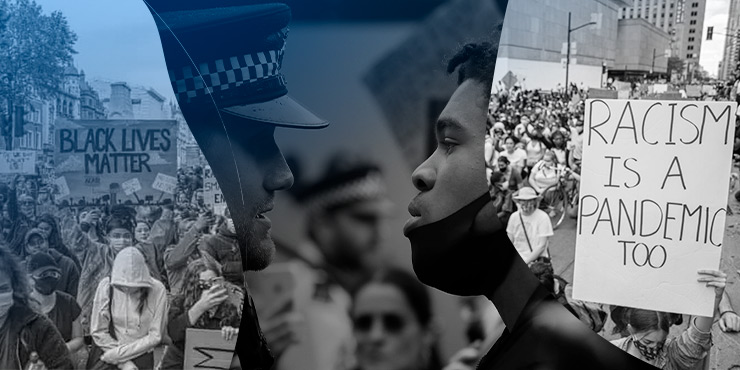 Racism is discrimination, by an individual, community, or institution against a person or people based on their membership of a particular racial or ethnic group. It is based on a socially constructed racial hierarchy that privileges white people. Racism causes some races to face maltreatment, discrimination and disadvantages, they are less likely to be selected on jobs or to be treated with respect which leads to a lower standard of living.

History is important in understanding racism. Since the 1980’s it has been an issue in the UK Police Forces and until at the current time, it is still prevalent. It has been shown that Black, Asian, and minority ethnic (BAME) Londoners are more likely than white people to be stopped and searched by the police. During the coronavirus lockdown alone, young black men were stopped and searched by police more than 20,000 times in London and 80% of which resulted in no further action. It also has been reported that 54% of Black people are more likely to receive fines for violating social distancing rules than white people. Even some key workers of black and ethnic minority such as ambulance drivers and teachers are being stopped to justify why they are outside.

How the disproportionate use of police powers against BAME communities looks like during the coronavirus lockdown helps us discern that “institutional racism” is still prevailing and even been worst during this pandemic. Two decades ago, the UK police were found to be institutionally racist in the Stephen Lawrence case – the Black teenager who was stabbed to death by a gang in southeast London in a racist attack. Then, the 350-page report on the case called Macpherson report designed to show “zero tolerance” for racism in society gave 70 proposals to take on our ‘institutionally racist’ police. However, even after a decade after its publishing, there was no change felt.

One thought on “Racism against Black, Asian, and Minority Ethnic (BAME) Communities in the Police Force During Coronavirus Lockdown”