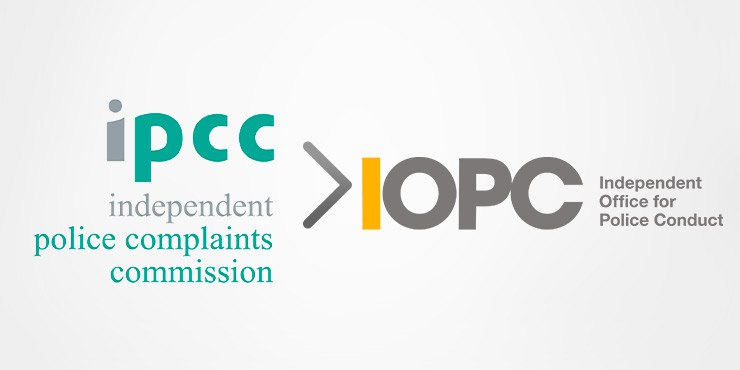 What Is the IOPC?

If you’re familiar with the Independent Police Complaints Commission (IPCC), then it is almost the same as the Independent Office For Police Conduct (IOPC). This name change has been placed since January 2018. This office still fulfills the same duties as its predecessor agency. To refresh your knowledge about IOPC, this independent office oversees the police complaints system in England and Wales. Their primary responsibilities are investigating serious matters, especially when somebody dies due to police contact, and upholding the standards on how the police handle complaints.

Some of you might ask, “why the sudden change of names? Is it for formality?” The IPCC back then has doubled in size and took investigations six times higher than their previous numbers. The Home Office granted calls for the reorganization of IPCC’s structure, thus establishing the IOPC. The IOPC is an executive, non-departmental public body that the Home Office sponsors. These changes were ratified through the Policing and Crime Act of 2017.

Ideally, your local police force handles all the citizen’s complaints towards a police officer or staff. But when things go grave and haywire, the IOPC takes over the investigation. They handle all the serious complaints whether it is formally filed or not. The IOPC also supervises the complaints system of other organizations, such as the HMRC, the National Crime Agency, and the Gangmasters and Labour Abuse Authority. Like how they do for the police force, the IOPC also handles the most critical complaints on the said organizations. They also take requests for appeals or reviews if a case decision is deemed unsatisfactory by a complainant.

Reforms and Key Changes in the IOPC

Let us go back to our previous question: “is the change of name for the IOPC just for formality’s sake?” A simple “no” may not suffice, and we will find out in this part the implemented changes. The Home Office executed the final phase of the legislative reforms on February 1, 2020.

Here are some changes that are brought upon by the reforms for the IOPC.

The reform has resulted in more efficient handling of police misconduct complaints by the police force. With the implemented reforms, investigations that take a year to investigate will require a written explanation from the authorities. These reforms aim to give the police force a more proficient learning curve and a more proportionate discipline system.

More efficiency in the complaints system means that a complainant has more power in handling their complaints. It gives the complaint handlers more flexibility in solving complaints as they can assess the most reasonable and balanced solutions to a complaint.

Closer Association with Other Police Organizations

The reforms in the IOPC mean that there is now more vital organization within the office. The IOPC has worked closely with Home Office, the National Police Chiefs’ Council (NPCC), the Association of Police and Crime Commissioners (APCC), and other staff organizations. This “team-up” helped the IOPC create more developed and comprehensive improvements within their office.

A complainant may not push a complaint, perhaps due to trauma or fear of “power tripping,” but the IOPC has the duty to push a complaint, even if the local police force does not refer it. This reform empowers every citizen as a police officer may still face charges, especially a grave complaint. The IOPC can also pursue an investigation to misconduct allegations on a police officer.

Reforms for the IOPC mean a stricter execution of Standard Professional Behavior for the police. This reform enables police line managers to focus on individual behavior and learning when faced with lower-level matters.

The reform on the IOPC brought significant changes to the response time on the investigation of conduct matters. As of 2018, the IOPC has already breezed through four out of five investigations within 12 months.

Statutory Guidance of the IOPC – February 2020

The abovementioned guidelines cover the police force, police commissioners, or the IOPC on or after February 1, 2020. It does not apply to the National Crime Agency (NCA), Her Majesty’s Revenue and Customs (HMRC), or the Home Office. Different regulations govern the jurisdiction over these organizations. Still, they all have the same spirit and guidance when dealing with complaints.

The IOPC has the critical function of maintaining public confidence among the police. Due to this ongoing COVID-19 pandemic, it may be difficult, but the IOPC must adapt to these trying times when “policing the police.” After all, the IOPC is there to maintain peace and order in the community, and so maintaining such may be challenging, but they have to do it.

Since the pandemic is still lingering, their focus right now is to investigate the most serious of the cases presented to them. These cases usually involve death, serious injuries, or alleged misconduct of some cops that may affect the police force’s reputation.

To sum it up, if you have a complaint to the police that is not that grave, your friendly local police force will resolve that. But if your complaint has elements of “police brutality” in it, you must call for the IOPC to handle such a serious case.

To make a complaint, you can use IOPC’s online complaint form here: https://iopc-complaints.egressforms.com

You can find the IOPC contact page here: https://policeconduct.gov.uk/who-we-are/contact-us

Leave a Reply to Web designer in Scotland Cancel reply