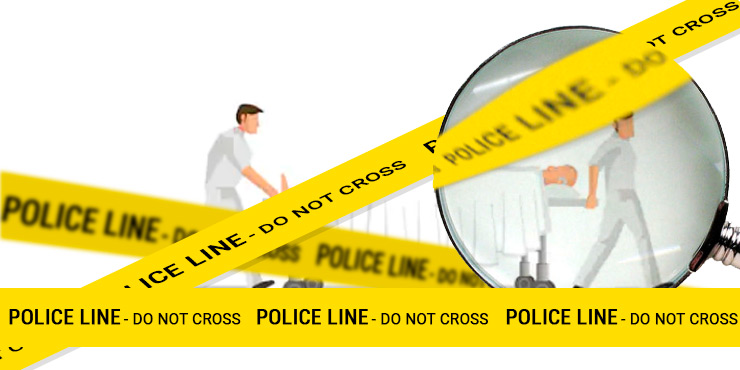 DSI stands for Death or Serious Injury. These are circumstances in, or as a result of which, a person has died or has sustained serious injuries when:

An injury is considered to be serious when it consists of a fracture, a deep cut or laceration, or any injury causing damage to an internal organ. It also means the impairment of any bodily function. This definition is from the Police Reform Act of 2002.

Complaints on DSI matters concerning those serving with the police can be submitted:

When complaints are received by the appropriate authority, it has the responsibility to record it and identify if it is a conduct matter or a DSI matter. If it is a DSI matter, it must refer the complaint to the IIAs without any delay. Further, while waiting for the involvement of the IIAs in the referred DSI matter, the appropriate authority also has three (3) responsibilities, which will be discussed in details below:

The appropriate authority must make sure that once they become aware of a DSI matter, they must ensure that evidence is not lost or compromised in any way. However, as a general rule, they must not do any recovery, removal, or analysis without the express agreement of the IOPC (in England & Wales).

However, by way of exception to the general rule, the police can act immediately in these instances without waiting for the approval of the IOPC:

In these instances, the police must justify and document any action taken.

Non-policing witnesses include members of the public, emergency services staff, and healthcare professionals. Also, anyone who has witnessed any part of the death or serious injury will be a potential witness. The appropriate authority must help to ensure that the witnesses and their evidence will be available for the investigation. While waiting for the involvement of the IOPC, the police should obtain the names and contact details of potential witnesses together with a brief description of the nature of their evidence.

The appropriate authority must note some basic information from the witness such as a concise description of what s/he observed, if they have any relationship to any of the persons involved in the incident, descriptions of individuals referred to and other factors to be considered when assessing identification evidence.

A key policing witness includes a police officer, a special constable under the direction and control of a chief officer, members of the police staff and contracted out staff, and persons serving with the National Crime Agency. These are persons who have significant involvement and/or witnessed or claims to have witnessed all or a part of connected with it. Key policing witnesses should be immediately identified to the death or serious injury.

When the IOPC starts its independent investigation, it establishes facts and analyses the evidence to reach a conclusion. The IOPC outlines the parts of the incident or the event which they will investigate, which is called their ‘terms of reference’.

The independent investigators of the IOPC gathers evidence in a number of ways, which may include, but are not limited to the following:

What happens after the IOPC concludes an independent investigation?

After the investigation by the IOPC, they produce a report which sets out the details of the incident, the manner how they investigated, the evidence considered and how the same was analyzed. This report will be sent to the police force concerned.

The IOPC also decides what happens to the people involved in the incident. Some examples include further training, or the person/s may face a misconduct meeting or a gross misconduct hearing. These disciplinary actions are usually carried out by the police force concerned. This can also include: a written warning, a final written warning, reduction on rank and dismissal without notice.

Non disciplinary actions may also be taken into account for low level matters of misconduct or performance such as practicing on requiring improvement regarding the same.