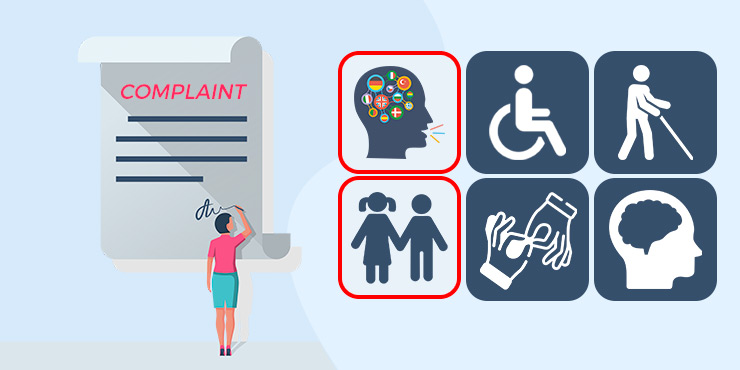 Statutory Guidance on the Police Complaint System provides that Forces and local policing bodies should ensure that communication is tailored to meet the needs of the individual, as far as possible. This includes compliance to the Equality Act 2010 wherein there must be reasonable adjustments to ensure that Persons who have protected characteristics such as disabilities, minority or seniority, race, among others will not suffer a substantial disadvantage when accessing the complaint system.

I. Reasonable Adjustments to Ensure Accessibility

Common adjustments practiced by the police forces to ensure accessibility of the complaint system by Persons who have protected characteristics are encouraging the complainant to have an eligible representative either a relative, family, or any trusted person. Being assisted by someone they know will help them overcome the barriers in making a complaint and help them make clear the details they want to say.

Aside from the complainant being assisted by a representative, police forces also take into account the complainant’s preference for the method of communication whichever is appropriate and comfortable to the latter under the circumstances. This includes:

In cases where a minor would want another person to act and file the complaint on his/her behalf, the police force must accept their complaint as long as the minor has permitted his/her parents or guardian to do the same. If a minor is under 16 and his/her views about pursuing a complaint disagree with those of his/her parents/guardian, the minor’s views should still be taken into account but the force must still give due weight to the minor’s age and maturity.

Any reasonable adjustments provided or adapted by the police force to ensure accessibility of the complaint system must be put down in writing so that they will have a formal record of the same.

II. Failure to Comply with Duty to Provide Reasonable Adjustments

As Section 21 of the Equality Act 2010 provides, failure to comply to provide a reasonable adjustment is a form of discrimination. It also violates the Police (Conduct) Regulations 2012 which requires that,

“Police officers act with fairness and impartiality. They do not discriminate unlawfully or unfairly.”

Police complaints against discrimination can be filed at the local police force or the Independent Office for Police Conduct (IOPC) and it will be handled in accordance with the IPCC Guidelines for Handling Allegations of Discrimination.