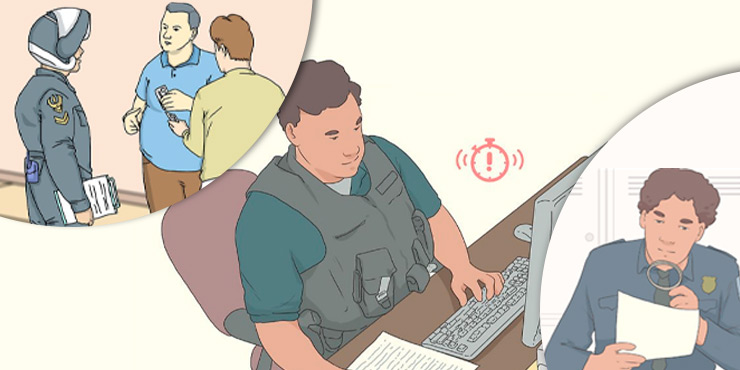 An investigation is a manner of conducting and gathering pieces of information that will establish the facts behind a complaint and reach conclusions. Complaints that involve deaths or serious injuries and those which falls under the mandatory referral criteria in the Police Complaints and Misconducts 2020 are independently investigated by the Independent Office for Police Conduct (IOPC). There are instances as well where the IOPC instructs the police force to refer the complaints to the IOPC for their independent investigation.

There are two key-players in reaching a conclusion in an investigation and those are: 1) the Investigators and 2) the Director General. The investigators are the ones that outlines the incident they will investigate, that looks into matters, and produces a final report that sets out and analyses evidence. During the IOPC investigations, obtaining evidence that shall establish all the circumstances may involve:

It may also include forensic analysis, the use of experts to provide independent evidence, liaison with the Coroner or with Crown Prosecution Service (CPS) and/or with other agencies.

After every investigation, the lead investigator is required to submit to the Director General a document compliant to the Police Reform Act 2002 known as the final report. This document contains the case facts, how the investigation was done, the evidence acquired during the investigation, and the analysis of the evidence. The final report assists the Director General (or their delegate) in all the post-investigation decision making i.e. whether they should refer the matter to the CPS; whether disciplinary (misconduct or performance) proceedings should follow; or whether recommendations should be made. The police force involved also receives a copy of the final report and they could provide their representations on what should happen to the erring officers for IOPC considerations but the final decision will still depend to the IOPC.

Aside from the relevant police force, the following also receives a copy of the final report:

For non-criminal offences the following learnings can be recommended:

The police force involved are required by law to respond to the IOPC recommendation within 56 days whether they agree with it or not. They must also indicate what action they have taken or plan to take, or if they have not taken, or do not plan to take they must explain why. The investigation report is finally published in the IOPC website usually after inquest, prosecution and/or disciplinary action is completed.