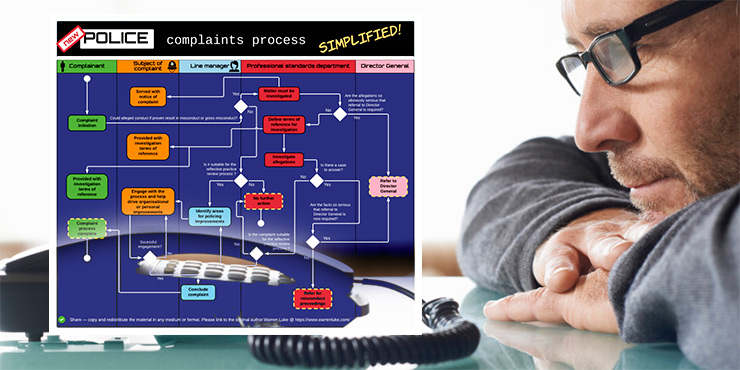 What is a recorded complaint?

Initial Handling by the Appropriate Authority

Here, complaints are dealt with reasonably and proportionately otherwise than by investigation at the local level. These are considered less serious and those that won’t probably end up in court.

Reasonable and proportionate handling means doing what is appropriate in the circumstances, which is assessed on a case to case basis. The facts of the matter and the context in which it has been raised must be taken into account within the framework of legislation and guidance. A reasonable and proportionate handling includes acknowledging all aspects of the complaint, giving an impartial decision free from bias based from the evidence obtained, and working on the same in a timely manner.

Once the force/organization determines that a local resolution will not suffice, an investigation may be carried out by the appropriate authority. It must determine if there is an indication that a member of a police force or special constable may have committed a criminal offense or behaved in a manner which would justify disciplinary proceedings.

Throughout the investigation, the complainant will be updated of its progress until the findings has been reached. The possible outcomes could be:

Note: At the end of a local resolution or local investigation, the appropriate authority must give the complainant a letter regarding the outcome of the complaint and whether the same is subject to a right of appeal or review.

54 thoughts on “Proceedings after a Complaint is Filed”