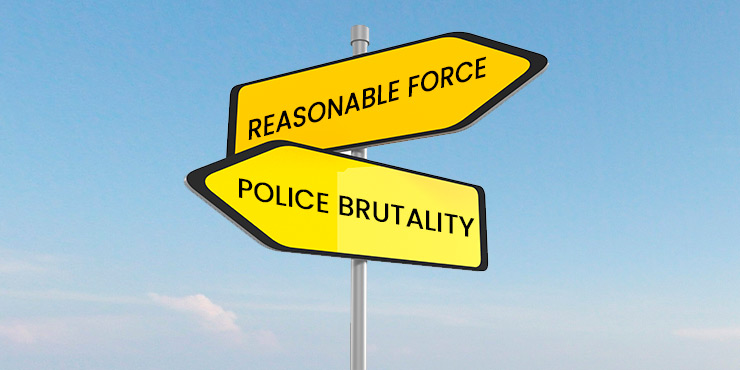 There are three main reasons why police resort in using force tactics. The primary reason is for the police officers’ own protection, as when the victim/accused poses a threat or danger to the former. Secondary to this is protection to other officers (which includes protection to the public and the victim) while assistance in making the arrest rounds up the main reasons why police employ the use of force tactics.

What are the force tactics usually used by police forces?

*Note: Police officers who deploy any of the tactics mentioned above must report the details of their own use of force.

How force tactics are used in actual settings

According to data provided by the Home Office of Gov.UK, which is a public information website of the United Kingdom, in the year ending 31 March 2020, there were 492,000 recorded incidents in which a police officer used force.

Of the recorded incidents mentioned above, restraint tactics were the most common form of force used, which accounts to 385,000 (78%) of the incidents recorded. The most common reason given by police officers as to the necessity of use of force is to protect themselves.

With regards to the characteristics, majority were perceived as male by the police officers which takes up 83% of the 492,000 recorded incidents. More than half of the recorded incidents were perceived by the officers to be between the ages of 18-34 years. A total of 341,000 individuals were white in color and majority of them has no physical or mental health conditions.

An incident where the police used excessive force tactics

In an article published last 30 July 2021 by the UK Corrupt Police (UKCP), footage (Channel 4 News, 2020) of a MET officer who was seen kneeling on the neck of a 48 year old man was captured on a mobile phone and shared widely on social media. It appears that the arrest stemmed from reports that a white man has been beaten up by two black men and apparently, the victim matched the description of one of the suspects. The IOPC concluded that the officer had a misconduct case to answer as his use of force may have been unnecessary and excessive. The IOPC also found that it is appropriate for the officer to take reflective practice to learn from the incident and to prevent any issues from reoccurring rather than face severe sanctions.

An incident where the police used reasonable force tactics

Last June 23, 2021, the UK Corrupt Police (UKCP) released an article entitled “Andrew Hall inquest: Police used ‘justified’ force on man who died”. On the morning of 13 September 2016, police were sent to arrest the victim after the latter allegedly slapped a nurse in a hospital where he is getting his treatment. When he was taken into custody, a “violent struggle” ensued with a number of officers attempting to restrain the victim. The incident was captured on CCTV which showed up to 6 officers delivering punches and knee strikes to the victim. The jury later found that he died from a complex series of causes which included his heart disease, drug intoxication and “exertion against subsequent restraint”.

As a final point, the use of force tactics is reasonable when it is necessary to achieve a legitimate purpose (for instance, in effecting an arrest). All available information must be taken into account, proportionate to the circumstances making the force necessary and only the minimum force required, as perceived by the officer at the time.

On the other hand, the use of force is excessive when there is a continued use of force when the objective/purpose has already been achieved, or once the person has become compliant, under control and no longer a threat.