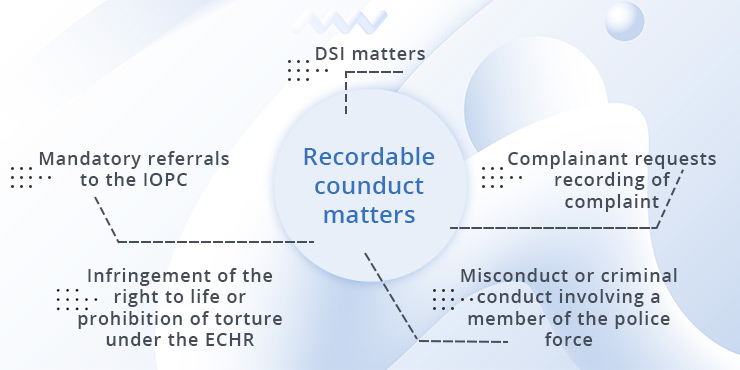 Pushing a complaint against a police officer requires transparency among the police and vigilance on the complainant. Every action of the cops must be taken into account by the cops and must be overlooked by the person who filed the complaint. Actions, including questionable conduct matters during the investigation, must be checked thoroughly so power abuse will not happen.

We will show you in this article what is a conduct matter and why it must be known whenever filing a complaint.

A police officer may hold power to give order to society, but what if the cops themselves did disorderly conduct? Are they accountable to the law? The answer is yes, they are. Any action by a cop that indicates the need for disciplinary actions or punitive measures due to misbehavior and/or criminal offense is a “conduct matter” for the police. A cop is liable on any charges whenever a conduct matter is made upon them. But this will depend on the situation if the conduct matter is recordable or not.

A conduct matter is recordable when a cop has done one of the following acts:

A conduct matter may be recorded if:

When a complaint is affirmed to be a conduct matter, this complaint must be acted upon accordingly within the protocols of proper complaint handling. The chief officer or the local police will first assess if it is the proper authority to handle it or if they must refer the matter to the rightful authority. Then they must decide whether it is recordable or not according to the Police Reform Act of 2002. Once the conduct matter can be recorded,  it must be done immediately and properly.

This flowchart will give you a clear picture of the process of recording conduct matters:

Questioning the police’s behavior may be intimidating, but it is one of a person’s fundamental rights when they push a complaint against the cops. A citizen virtually can “police the police” as the citizens must rule the free world. A conduct matter, if it genuinely “matters,” must be reported in order to keep balance checks among the police force.

2 thoughts on “What Counts as a Recordable Conduct Matter?”