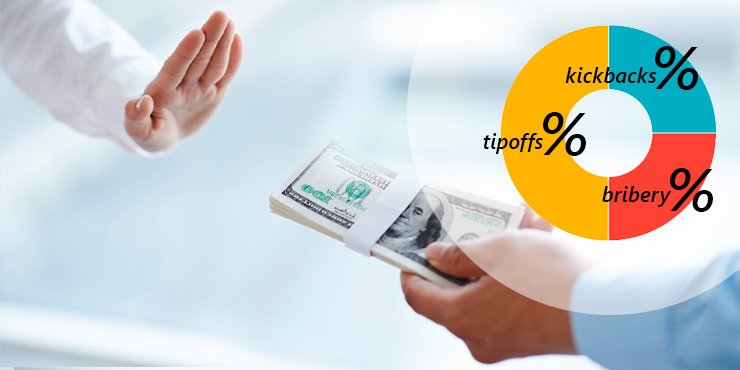 Corruption in any government in any nation is said to be a rampant everlasting problem in governance. A corrupt government means it does not serve its purpose—to serve the people. This problem seems to be challenging to erase, including the issue of police corruption. Those we expect to adhere to the laws of the land religiously can also get caught by the hooks of corruption. How does the police force deal with this daunting predicament? We’ll discuss here some facts about police corruption and how this problem must be dealt.

What Is Police Corruption?

These actions are grounds for suspension or dismissal from the position. When someone witnesses any of these actions, one may report it to the proper authorities.

But who are these appropriate authorities that will handle corruption complaints among the cops? The Independent Office for Police Conduct (IOPC) is the proper authority that overlooks the investigation among the cops involved in corruption allegations. The local police force still has the final say on what sanctions will be put on a corrupt cop. The IOPC is not the “judge and jury” when an investigation about corruption is ongoing.

The Statistics: Is Corruption Rampant Among Police?

In the ideal democratic world, anyone found guilty of corruption must be punished accordingly, as they have served themselves more than the people who handle the power.

But in reality, this is not the case. In fact, according to the Guardian, only one out of 10 officers who were charged for gross misconduct are fired by the police.  Furthermore, the IOPC has found out on its research that the police force sacked only 54 out of 641 cops (8.4%) accused of corruption after internal investigations. 848 officers needed to answer their corruption cases. Still, only 363 cases were upheld following the IOPC recommendations.  Only 151 cases had official warnings, and 16 resignations or retirement were filed by the accused officers.

There is still a pile of corruption cases that have undergone IOPC’s investigation and some of these are:

• An investigation into a former Surrey Police sergeant who had an inappropriate sexual relationship with a victim of domestic abuse, when he was the officer responsible for investigating the case.

IOPC’s investigation began in January 2020 and concluded in August 2020. The former PS appeared at Guildford Crown Court on Monday, 24 May 2021, where he admitted the criminal offense of misconduct in public office.

He is alleged to have entered into inappropriate relationships for periods in 2020, while a serving officer, with two women he met during the course of his duties, one between January and April and another between dates in May last year.

Further, this graph provided by the Literature review – Police integrity and corruption – shows that the majority of the allegations are related to the perversion of the course of justice:

The police culture and laws in the United Kingdom have made it extremely difficult to provide proof of wrongdoing by the police. As a result, it usually takes a long time to dismiss the corrupt officers, if they are dismissed at all. Yes, the people know there is at least minimal corruption in the government, but this claim goes tense if the police are involved in this “sinful” act. Who will take watch among the police if the ones who uphold the law, help the community, and the lifesaver in times of need, break the law? If a cop bends the law, it only shows that a police officer brings shame in themselves and the justice system. Vigilance among the citizens is the key to monitoring and upholding what is right and just in the nation.

92 thoughts on “Corruption in the Police: A Fact Sheet”