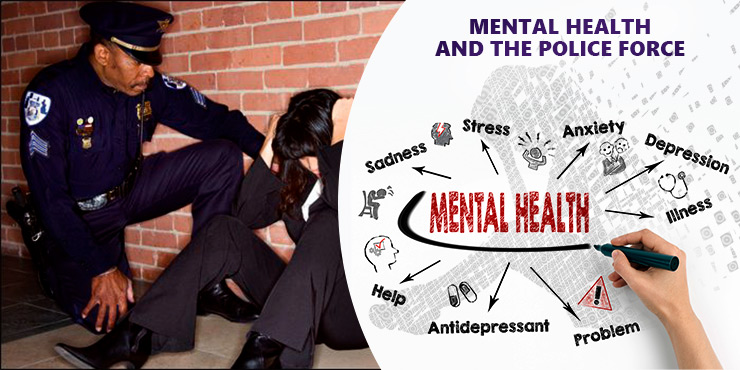 “Equity” is a term every people preach, yet it is not being practiced every day. This overused word holds, especially with people with mental health illnesses addressing their concerns in the community to the police force. Whether these people with mental health conditions charge a complaint against someone or are accused of a crime, they tend to have mixed thoughts when they encounter a cop.

Some people with mental health illnesses encounter empathy, sincerity, and seriousness of the cops, especially when they open up about their condition. With these in mind, cops usually attend to their problems promptly, grading their experiences with the police “satisfactory.”

Meanwhile, some people do not have any pleasant experiences with the cops. For instance, some fear that the cops will not listen to their complaints due to their conditions. They may also have experienced something dreadful with the police, leading to distrust of the cops.

How Can the Police Properly Interact with Mentally Vulnerable People?

Comprehending the feelings or thoughts of people with mental health illnesses may be challenging. But there are ways that a cop can ease the pains of a person. These procedures can help in alleviating the troubles that these mentally vulnerable people may face.

Using a supportive tone and the correct body language

“You only get one chance to make a good first impression,” as one quotation says. That holds true, especially for the cops who try to make an “approachable” image towards people with mental health illnesses. Having a reassuring or neutral tone and using comforting body language will help them push their complaints in the community to the police force.

Openness and validation to the person and situation

As mentioned above, a first impression may last, so a friendly, open-minded cop is the best way to go if one encounters a person with mental health illness. Attentive listening is an all-encompassing skill, whether the police face a normal person or with special needs.

Refer to other appropriate services

A cop should know the appropriate authorities whenever a person encounters a problem with the community. They can refer a person with mental health illness to pertinent organizations such as the Institute of Mental Health, National Health Service, Together UK, Hafal, Healthwatch-England, and the like. These organizations, together with the police force, may help them in addressing their concerns.

Mental health concerns are not a laughing matter, so the cops must take the concerns of a person with mental health illness seriously. Some complaints of the mentally vulnerable get through the proper process, but some fear that they may not be taken seriously because of the fear that the cops will side with the accused, or their complaints are somewhat fanciful. That is why the cops should be more open to the mentally vulnerable, be attentive to their concerns, and refer them to the proper authorities when necessary. This way, they may be confident in referring their complaints to the police force and no more fear of being shunned away with their concerns.

9 thoughts on “Mental Health and the Police Force: The Importance of Proper Interaction of the Police to the Mentally Vulnerable People”