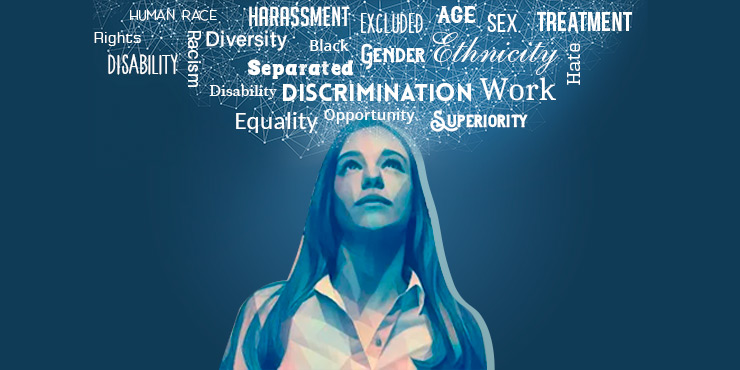 Discrimination is a broad topic that has weathered the test of time. This misbehavior still exists after the efforts of all humanity to eliminate such acts. Every person may experience such action at some point in their life, especially the marginalized and the minority.

But what if you experienced discrimination from the police? Where do you report such misconduct? In this article, we will discuss what is discrimination according to the Equality Act of 2010 and show you where and how to report these actions.

Discrimination is such a broad term that it may be commonly misunderstood by many. This term may even be used against the police on many occasions. In this instance, we shall dissect what discrimination means per the Equality Act of 2010.

Discrimination is a maltreatment of a person because of a characteristic they may share with others.

Discrimination could be in the form of, as follows:

There is also additional protection for people with disabilities as follows:

The police force also follows the Standards of Professional Behavior, wherein they must protect other groups not mentioned in the Equality Act. These include sex workers, homeless people, and even sub-culture groups like emos, goths, punks, and the like.

These guidelines apply to all allegations of discrimination arising in police complaints, recordable conduct matters, and death and severe injury investigations.

How to Determine Discrimination?

Discrimination by the police force may be difficult to identify and distinguish. Conduct matters regarding discrimination may be recorded under the Independent Office for Police Conduct’s (IOPC) guidelines.

All complaints should be handled with seriousness, but it will always depend on the gravity of the case. All cases must consider the severity of the allegation of discrimination, the potential or actual harm that it caused, and the potential for learning and improvement in handling such cases. A graver case can mean a more comprehensive investigation of the case, which leads to further clarification of the accuracy of the information, even if this information appears illogical, unreasonable, or insufficient.

Here are some factors that may affect the seriousness of alleged discrimination:

As mentioned on the Standards of Professional Behavior, investigating officers should practice equality among people and be aware of the diversity of cultures and mindsets. The skill level and experience of officers should also be considered. The terms of reference for the investigation should clearly refer to and address any discrimination allegations raised.

What is the process of the investigation of alleged discrimination? The investigating officer should look first at the said allegation, from the types of assumptions, prejudice, and bias that may influence the police officer’s decisions, actions, and behavior.

An investigating officer should ask themselves these guide questions:

Where to Report Discrimination? Know Your Rights

Unfair discrimination by the police must be reported immediately by filing a complaint directly to the local police force. Learn more about the methods of filing and drafting an effective police complaint here.

If you want to get more information about discrimination and equality rights, you may contact Equality Advisory Support Service (EASS). They will help you reach an advocate against discrimination, BSL, or an interpreter.

Discrimination takes place in many places, from your neighborhood to your internet personality. It victimizes everybody and thus must not be treated like your typical everyday activity. Every person must know their rights when they experience maltreatment, so they must have at least an idea about the Equality Act of 2010. When a public authority discriminates against you, you may file a complaint against them.

Resolving the problem at the local police force is the first step in addressing discrimination. Try first to mediate your case with them as it will help you avoid high legal costs compared to filing a case to the courts. Be mindful that there is a time limit on filing complaints to the authorities. You must file a complaint within six months of the act of discrimination. So you must immediately act if you experience such misbehavior, especially if it comes from people with authority.

3 thoughts on “How to Report Allegations of Discrimination?”