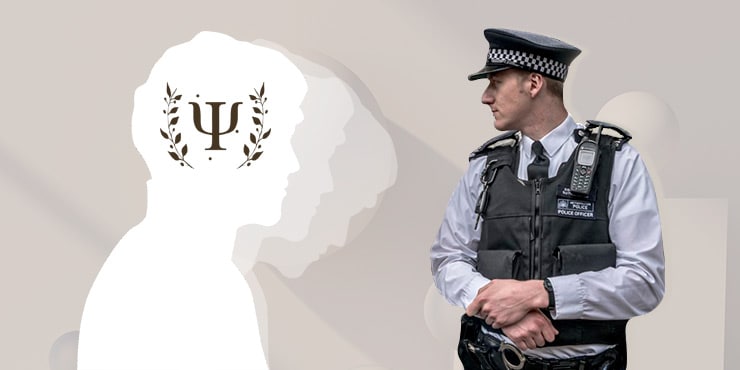 The police are said to be our trusty agents of peace and order in the community. They are the ones who curb violence and shush those who go against the law. However, some people still have trust issues with the cops. This is especially true for those with mental health problems. The mentally vulnerable have the fear that their complaints may not be heard by the right authorities.

What Is Mental Vulnerability?

Mental health issues are not that easy to handle. Some people may hide their mental health problems with a big smile of theirs. That is why laypeople, and even the police force, may find it challenging to identify who possesses mental health issues. So who are the so-called “mentally vulnerable?”

The mentally vulnerable are the ones who face mental health problems or disorders. Due to this, they may have difficulty understanding and communicating the police process that they may undergo. Examples of such are arrests and detention, their presence in a police station, or the exercise of their rights and entitlements.

Mentally vulnerable persons may also not grasp what the police have asked them or the importance of what they are told in a police briefing. They may also be prone to becoming confused about their position, providing unreliable, misleading, or incriminating information without knowing or wishing to do so, acting on suggestions without any complaints or questions, or agreeing on propositions without hesitation.

There is no doubt about it: the authorities may have some difficulty identifying who are mentally vulnerable persons with these descriptions. That is why some people with mental health problems have hesitation in approaching the cops for their problems.

Who Are the Appropriate Authorities That Manage the Police Complaint System?

The Independent Office for Police Conduct (IOPC) gives the police force balance checks on their actions and procedures. They have the statutory duty to maintain public confidence in the police complaints system. Even people with mental health conditions may approach the IOPC with their complaints against the police. This is done in coordination with other organizations such as the Institute of Mental Health, National Health Service, Together UK, Hafal, Healthwatch-England, etc. These institutions advocate for mental health awareness and promote the complaints system made by the IOPC, especially for the mentally vulnerable people.

To Complain or Not? Significant Barriers on Why People with Mental Health Problems Do Not Complain to the IOPC

The IOPC, formerly known as the “Independent Police Complaints Commission (IPCC),” has been established since 2004.  Yet, many people are still not aware of this organization. This claim is made accurate through the survey conducted by the IOPC in 2018. This is in coordination with the Institute of Mental Health. The survey targeted people with mental health problems in England and Wales and focus groups on different geographical locations in the UK.

Results reveal that 42% of the people did not know that the IOPC existed for their complaints. Several reasons also hinder mentally vulnerable people from complaining to the IOPC. These are as follows:

Inasmuch as the IOPC intends to portray the “friendly police” image to the public, some people with mental health problems are not that confident in approaching the cops. Fear of harassment, ignorance on complaints, bias concerns, and the “complicated” complaints system are some of the reasons why mentally vulnerable people are afraid of approaching the police.

The statistics above further affirm this fear of mentally vulnerable people. The UK police system should have ample guidance and accurate responses for mentally vulnerable people. The public must also know their rights, such as the right to free legal advice and accessible mental health advice. These points may somehow help remove the stigma against police that they are bullies.